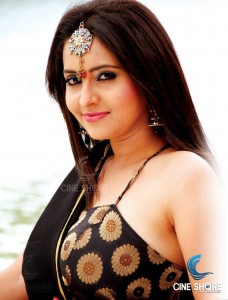 Malayalam actress Bhama who has been known for her cute and bubbly roles in Malayalam is all set to go glamorous for an item number in the Kannada film ‘Auto Raja’. The actress had openly admitted that she is ready to compromise for getting valuable opportunities.

Bhama’s stand on glamorous roles has helped her fetch an array of roles in Sandalwood. While most of her Malayali colleagues are trying their luck in Kollywood, Bhama has decided to go a different route. ‘Modalasalaya’ was her debut in Kannada, and she has done around 2-3 films till now.

Bhama is currently working in 4 Kannada projects – Ayyappa, Ambara, Auto Raja and Barfi. Bhama’s character in ‘Auto Raja’ is Auto Rani, a bold young woman from a village who has many ambitions in her life. Reports are that Bhama had toned down her body to appear in shape for the item song.