​
Login
Malayalam Movies | Seducingly Yours, Shruti Haasan – On The Cover Of Maxim

Seducingly Yours, Shruti Haasan – On The Cover Of Maxim 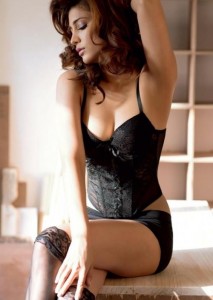 Singer/Actress Shruti Haasan, daughter of the legendary Kamal Haasan, has been in the limelight over the social networking sites over the past few days. The reason is her new avatar on the cover of famed men’s magazine Maxim. The stills show Shruti in a bold and sexy avatar with seductive poses and bold costumes.

The ravishing black dresses have combined well with the fair looks of the actress to create sizzling stills that have rocked the internet. These stills will be out in the May edition of the Maxim magazine. Shruti has usually been known for her cute and trendy roles but has never done any bold or seductive roles in films. So, these stills have given a whole new dimension to her persona which has been well received by the youth.

The actress has been busy with several projects lined up in her kitty. ‘Ramaiyya Vasthavayya’, ‘Yevadu’ , ‘Balupu’ and ‘Raceguram’ are her future projects in Tollywood where she has created waves after the hugely successful ‘Gabbar Singh’. She also has a Bollywood Project titled ‘DD’ coming up. One hopes that we get to see this new avatar of Shruti on-screen as soon as possible!