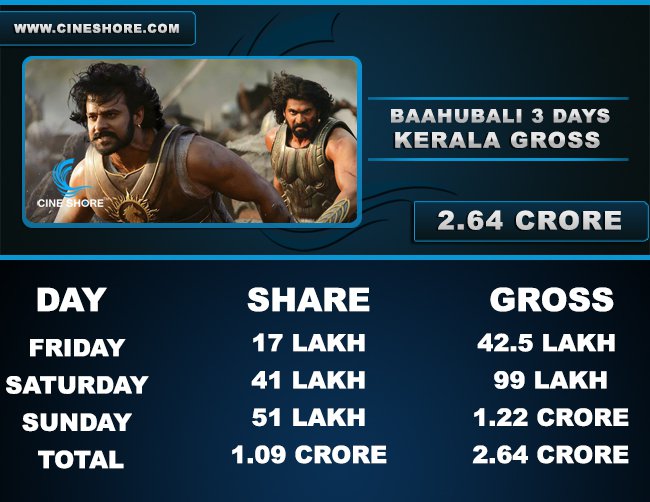 The film needs to take a share around 2.5 Crore to break-even and looks like it will, with the strongest area for dub films, Northern Kerala yet to join after the fasting period. As of now one can say it has performed excellently with respect to its screens. Had it got a smooth release on Friday, it could have been done even better. On the positive side, it is the superb reports surrounding the movie and the upcoming Eid weekend and the challenge are the local Malayalam release up for release on Eid.