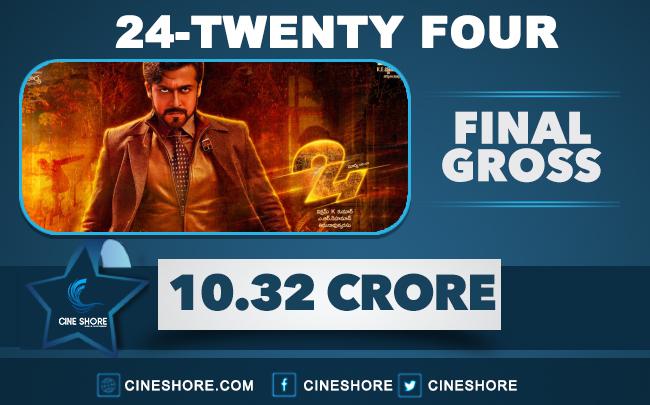 Finally Suriya was back in the Kerala box office, which is considered as his one of the strongest markets. Suriya, who was looking for a much needed hit after Singam, 2 failed thereafter with his films like Anjaan, messes its biting the dust. Hopes were high on his sci-fi thriller 24, which was directed by Vikram Kumar. The film did very well in Kerala despite failing to do so in Tamil Nadu. the success of 24 silenced Suriyas critics who said the actors market has been slimmed in Kerala as an out of formula film clicked very well in box office despite failing in most of the other markets. The final share is around 4.15 and with the extra revenue from Malayalam dubbing, Sopanam films will make good profits.